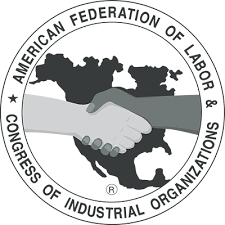 As President of AFSCME Local 1343 and as Vice President of the Vermont AFL-CIO, I take the rights of working people seriously.  Like most Vermonters, I believe our democracy is best served when workers have more (not less) opportunities to vote on the issues which directly impact their lives.  I myself labor for the Burlington School District as part of their maintenance staff.  My fellow union members serve as custodians, bus drivers, food service workers, as IT specialists, and in number of other critical positions.  In short, we are the backbone of public services. As a union member I take pride in the fact we democratically elect the bargaining teams that negotiate our contracts, and no contract is final until it is voted on by our members and approved by elected representatives of our communities.  This, in part, is what it means to have workplace democracy, and this is a right that many generations of Vermonters have benefited from.

Throughout the decades these grassroots negotiations have resulted in our Burlington, Rutland, Montpelier, and Barre school members making a livable wage; securing quality, affordable healthcare; and laboring under safer working conditions.  We have never achieved everything we sought at the bargaining table, and we are far from getting rich. However, we have realized a number of fair contracts over the years, and we have a well-deserved sense of ownership of these agreements. In short, our grassroots bargaining process has worked.

In a state where we do not have single payer healthcare, a union’s ability and right to collectively bargain for fair and affordable healthcare is critical to our quality of life and our ability to support ourselves and our families.  Presently there are politicians in Montpelier (as well as leaders and members of various associations) who are calling into question this basic and long standing right. Some would rather have a government commission mandate the type and cost of healthcare to unions and taxpayers. They seek to replace a fair negotiation process with a commission comprised of a few union officials and governmental appointees – a few who would dictate to the many. While I would expect such attacks from the Trump Administration, I am appalled that this threat is increasingly coming from right here in Montpelier – from some who profess to be our friends and allies, but who may take council from those who have interests in conflict with our own.

There are places where AFSCME and the AFL-CIO may have reasoned disagreements with other constituencies, associations, or political parties.  In many cases we find common ground where compromise becomes both possible and desirable.  However, the outright elimination of our healthcare bargaining rights is a red line.  While we fully recognize the crisis that Vermont and the nation is facing when it comes to the private healthcare industry and the impact of ever-rising costs on working families, we also know that the solution cannot be found by diminishing workplace democracy.  Therefore, we cannot and will not compromise on the basic premises upon which organized labor exists.  The 1800 members of AFSCME-Vermont and the 9,000 members of the Vermont AFL-CIO will adamantly oppose any infringement of our basic bargaining rights.  We will consider the vote to eliminate our democratic union rights by any politician, from any political party, as an attack against working Vermonters. And, an attack of this magnitude will not be forgiven or forgotten.  Conversely, to those in Montpelier who resist these anti-democratic and anti-worker assaults, we will extend our hand in friendship knowing that when it counted, you stood with us and on the right side of history.