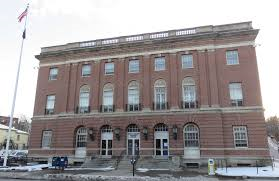 Attack on U.S. Postal Service, And Postal Unions APWU-NALC, Just The Start Of A Right Wing Assault On The Working Class & On The Public Sector.

COVID-19 has brought on an economic crisis not seen in the US since the Great Depression. And as with all historic financial disasters, it is far from inevitable that the working class-left will emerge from the chaos with a progressive agenda moving forward. Another competing force is the far right. Such reactionaries will use the crisis to seek to implement privatizations, cuts to social services, elimination of environmental regulations, and even more tax cuts for the rich. There will also be those on the extreme right who will use the crisis to argue for a neo-fascist re-ordering of society.

We, the Labor Movement, must recognize the opportunities and dangers the crisis presents. We must also be sober in our analysis that the future is unwritten, and the outcome undecided. And here, we shall only emerge as the victors and we shall only have the ability to move a progressive program forward if we are able to build the power required to overcome the other. And right now, the battle over the United States Postal Service is the front that has been opened by the Trump Administration, and therefore constitutes one of the major fights we must engage in.

Trump, and his ilk, would like to privatize the Postal Service, and thus allow it to operate for the profit of the few (instead of in service of the public good). If we allow this to happen, the rightwing will use this as a launching point to do the same in other aspects of the public sector. Thus the importance of shutting this down now.

And for our part, we must NOW seek to advance a recovery effort which is progressive in nature and which puts working people first. And here the vehicle for such a recover must be a Union based, progressively funded, Green New Deal. And this New Deal must not only include massive investment in the public sector (like the Post Office), but also a new social contract whereby working people gain a right to healthcare, paid FMLA, free college tuition, livable wages, card check, etc.. And this New Deal must also create more avenues for direct participatory democracy whereby working people, who are the vast majority, will be able to advance and defend the social gains we make (if we develop the power win them) in the wake of the crisis.

We must push for this, a New Deal, now. We must not wait. Any hesitation on our part will create further space for the right (and extreme right) to solidify their power thus tipping the scales in their direction. And the stakes are too high for us to allow our opposition any advantage.

Below is a link to an article concerning the state of the U.S. Postal Service during COVIC-19 from In These Times:
http://inthesetimes.com/working/entry/22470/mark_dimondstein_apwu_union_post_office_shut_down_trump_gop?link_id=4&can_id=4ebf8777e41bdcb201c60084023ded5b&source=email-fast-food-workers-strike-the-plan-is-to-save-capital-and-let-the-people-die&email_referrer=email_779219&email_subject=the-postal-service-could-be-dead-in-three-months-furloughed-workers-cant-wait-for-help