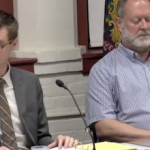 The Brattleboro Selectboard continued their careful consideration of abortion rights. They heard testimony about the possible town resolution from the Town Lawyer and a State Representative in addition to members of the public. In the end it was decided to do nothing, the safest option for now.

Brattleboro will be getting energy saving incentives and rebates as part of a special program with Efficiency Vermont. They especially want to hear from renters!

It will certainly be a fairly wild meeting of the Brattleboro Selectboard as August kicks off. They’ll name a new street “Fairly Wild Way.”

The board will continue their discussion of a resolution protecting a person’s right to access to abortion (and whether or not to throw any money at it,) they’ll adjust the code of ordinances regarding wastewater allocations and fees, authorize and RFP for a town-wide re-appraisal, and apply for a grant on behalf of Commonwealth Dairy. They’ll also hear an Efficiency Vermont presentation on community energy savings. YOu can bring up other items not on the agenda during public participation. 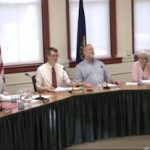 The Brattleboro Selectboard discussed their own powers of resolution and whether they could do anything at all on the issue of abortion rights. They decided their lawyer-approved resolution needed more teeth, but also no chance of disruption to the State, and maybe funding, but not any special funding, and maybe something else as yet undetermined.  They’ll take up the urgent issue again at their next meeting.

There were grave concerns about data collection and not sharing any data with bounty hunters. A bit later, board members were impressed by the ambulance data being collected locally and asked for even more EMS data from the Fire Department.

It was a gloomy and restless mood amongst many members of the public. Many expressed feelings of impending doom. Two asked for a special session of Representative Town Meeting.

The Brattleboro Selectboard will meet Tuesday, for the most part, to finish what wasn’t completed at their previous meeting. The consent agenda has been updated, but just about everything else is the same.

Of note this week is the change to the item “Resolution on a Woman’s Right to Choose” which is now presented as “Resolution on a Pregnant Persons Access to Abortion,” and that an EMS Update by the Assistant Fire Chief has been added.  You can choose to bring up other items not on the agenda during public participation.

People want to do something about Roe. Protest demonstrations and resolutions are not enough. The Brattleboro selectboard will soon consider a resolution with many whereas’s and no force, supporting the right to abortion. A resolution is effective when it publishes a new idea, or when the signers’ name or numbers strengthen an idea. But no one’s mind will change because the Brattleboro selectboard makes a resolution that liberals like to hear. We ask assistance in promoting the amendment below, because the resolution without it is ineffectual. With this amendment we make a new model for enforceable local action.

This amendment should be added to the end of the resolution.

President Joe Biden will speak “live” at the White House on July 8, 2022 about Abortion. He is expected to offer ideas on abortion access, travelling to get an abortion and legal assistance.

SPECIAL PROJECT OPENINGS: BCS will be producing a series of discussions on topical issues. For our part the purpose of the series is civil discussion itself. This event, to be held in September, will be a public discussion of abortion and Proposition 5. We are seeking speakers for both sides: three pro-choice and one pro-life.

Also a stipend is offered for a pregnant woman as an expert or lived-experience witness. BCS prefers to have no moderator, but the exact format of the event will be determined after proposals by the speakers. Since we believe public discourse is the fabric of society we hope the public will witness people disagreeing respectfully on a serious moral issue. This is tantamount for the event and the series.

American women will soon find it more difficult to make decisions about pregnancy thanks to the persistent bullying of a minority of Americans. When the Supreme Court overturns Roe v. Wade, abortion will be an issue that will be controlled by individual states.

According to the Guttmacher Institute, “If Roe were overturned or fundamentally weakened, 22 states have laws or constitutional amendments already in place that would make them certain to attempt to ban abortion as quickly as possible. Anti-abortion policymakers in several of these states have also indicated that they will introduce legislation modeled after the Texas six-week abortion ban.”