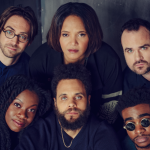 The Vermont Jazz Center is excited to present an online event on Saturday, May 23rd and Sunday, May 24th with drummer Terri Lyne Carrington and Social Science.  The activities will be livestreamed from the VJC’s website at www.vtjazz.org beginning at 8:00 pm on Saturday and continuing Sunday, May 24th, from 2:00 – 5:00 PM. Saturday will feature a musical presentation and Sunday will be three separate masterclasses including Q&As with audience members.

The core of Social Science is Carrington on drums, pianist Aaron Parks and guitarist Matthew Stevens. This trio is expanded to a sextet on their recent double-length recording, Waiting Game, and, at the VJC event, will include multi-instrumentalist Morgan Guerin on bass and saxophone, as well as vocalists Kassa Overall and Debo Ray. 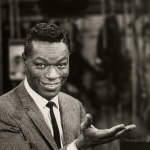 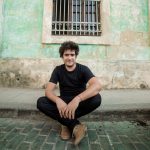 The Vermont Jazz Center received a generous Arts Impact Award from the Vermont Arts Council and further support from the Windham Foundation to sponsor its second annual Emerging Arts Festival. This weekend’s activities will include a Jazz Walk during Brattleboro’s first Friday Gallery Walk. Seven different student groups will perform jazz music in five venues. The Festival will also include a Saturday afternoon workshop and evening concert at the VJC with renowned Cuban pianist, Harold López-Nussa and his quartet.

See below for schedule. 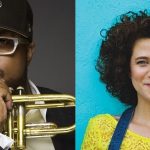 The Vermont Jazz Center welcomes Grammy-winning trumpeter Nicholas Payton and vocalist Cyrille Aimée to the stage in a duo performance on Saturday, October 12th. Payton will perform on trumpet, acoustic bass, piano and Fender Rhodes; Aimée will sing and, at times, use a looping device to layer her vocals. Individually Payton and Aimée are two of the most creative musicians on the scene today, but as a duo their collaboration synergistically expands the perimeters of improvisational music. They spontaneously interact or push each other, sometimes delving into material from the American Songbook, other times exploring new sonic textures or hypnotic grooves. 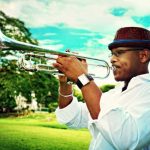 The Vermont Jazz Center is excited to lift off its 2018-19 concert season on Saturday September 15th with Trinidadian trumpeter, composer and percussionist, Etienne Charles. He will be flying in from Michigan to perform with his band Creole Soul.

Creole Soul is one the many projects that Etienne Charles uses to investigate and perform music that aligns with his Caribbean heritage. He uses this ensemble as a musical laboratory to mesh the roots music of indigenous cultures with the language and arrangements of jazz. Etienne has traveled the world, seeking connections and differences between the rhythms and forms of Caribbean folkloric music. 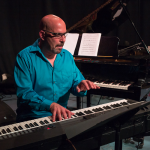 The Vermont Jazz Center presents Eugene Uman’s Convergence Project on June 9th at 8:00 PM.  The Director of the VJC, Uman and uses the Convergence Project as vehicle to present his original compositions and music that has influenced him – it includes Wanda Houston (vocals), Michael Zsoldos, saxophones; Jeff Galindo, trombone; Uman, piano; David Picchi, bass (electric and acoustic) and Jon Fisher on drums. There will also be surprise musical guests performing at this event.

After many musically formative years in Colombia, South America, Uman became drawn to blending the many rhythms of the country, such as cumbia, bambuco and pasillo, with jazz harmonies. While living in Antioquia, the Big Band of Medellín commissioned Uman to write for their 20-piece orchestra, resulting in Blues para Urabá.