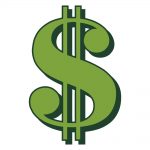 On September 10, 2001, then U.S. Defense Secretary Donald Rumsfeld disclosed that his department was UNABLE TO ACCOUNT FOR roughly $2.3 TRILLION worth of transactions. The next day, the U.S. sustained the terrorist attacks that changed the world, and this startling revelation was forgotten.

The other day David Schoales included, in the context of a discussion group, a link to a June 2 statement issued by the Vermont Agency of Education director Daniel French. Following are the first two paragraphs of that statement:

“In light of the killing of George Floyd, another instance of police violence against a person of
color, we write to reaffirm the Agency of Education’s commitment to social justice and equity
literacy statewide. We firmly believe in our collective responsibility to create an anti-racist
education system and commit to supporting districts and schools in Vermont in their own
efforts to confront racism and create learning environments that are just, inclusive and
equitable.

In an April 5 comment on a recent article, under the subject line: And people still need to move…. , cgrotke wrote the following:

“It would be a shame if, at the end of this, everyone is simply in debt up to their eyeballs, and everyone needs to work off the “debt” of these strange months for the foreseeable future. That would be a very slow digging out of the economy.”

Under the category: “This is so crazy, it might just work!” please allow me to offer up a solution:

Close your eyes and imagine a wealthy Vermont. A Vermont with many high-paying jobs, exports, environmentally friendly manufacturing. Now open your eyes and look at the opportunity that is staring us in the face, hemp.

What are the barriers preventing the return to hemp products in the US and more specifically VT? Can we possibly overcome these barriers? The answer is yes.

This proposal was sent our way with a request for criticisms. What say ye? (I kinda like the age-based escrow account idea….)

I ran into a friend the other day, and the first words out of his mouth were “Since when did the Democratic party become Socialist?” My short answer was — they haven’t. They’re they same old corporatist, center-right party they’ve been for years. It’s just that Republicans, seizing on the rhetoric of Bernie Sanders and a few others, have decided that socialism is the Democrats’ Achilles heel and so they’re making a big issue of it. Oddly enough, however, this could turn out to be a good thing. By drawing attention to it, they’ve opened a debate that’s been dormant for decades.

BDCC and SeVEDS have released a draft version of the 2018 Comprehensive Economic Development Strategy. Below you’ll find the full text of what is being suggested for improvements to this part of the state. It is currently a draft, and you can get involved to help improve it.

Note some of issues relate to having a regional community web site with a calendar and such. Too bad we don’t have one of those around here! 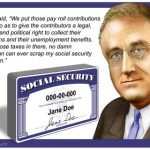 Republicans have never liked Social Security, going all the way back to August 14, 1935, when President Franklin D. Roosevelt signed the Social Security Act into law. For decades, congressional Republicans, rigorously supported by Republican presidents, have been attempting to steal the trillions from the “lock-box” of the self-sustaining Social Security Trust Fund.

The principle message of Social Security’s opponents, perpetrated since Roosevelt’s signature was dry, is the blatant lie that the checks are handouts forced from unwilling taxpayers. In reality, these payments come from the workers’ own earnings with 6.2% of gross withheld and deposited in special mandated savings accounts authorized by the “Federal Insurance Contributions Act” (FICA).

Brattleboro, VT – The Brattleboro Representative Town Meeting Finance Committee announced today the release of its report on the Brattleboro Union High School District #6 proposed budget for fiscal year 2019, which will be considered for approval next week by the voters of the four towns in the district. The BUHS Annual Meeting will take place on Tuesday, February 13, 2018 at 7:00 p.m. in the BUHS gymnasium.

I took a short break today to watch an historic event. It wasn’t intentional, but I caught the stock market dropping like a rock this afternoon. If you missed it, in less than an hour it went a bit like this:

WASHINGTON, June 2 – Costs from hurricane damages in the United States are expected to increase 39 percent in the coming decades because of the effects of climate change and coastal development, according to a new report prepared by the Congressional Budget Office for Sens. Bernie Sanders and Patty Murray. The 2016 hurricane season began Wednesday.

I’ve coined a new term for what I think is going on in the world economy. Certain speculators and money-obsessed groups are fracking the economy, trying to extract smaller and smaller amounts of profit from deeper and deeper crevices. In doing so, they’ve made the underlying economy unstable, and strange, unexpected, and dangerous events are the result. This makes it impossible for those who played by former rules to know how to participate. The old rules have changed.

So, an example of this fracking of the economy would be the investment houses that invest in algorithms to do high volume micro-trades at faster-than-human speeds. They are hoping to extract pennies, or portions of pennies, in their favor.

Windham Region: Southeastern Vermont Economic Development Strategies (SeVEDS) has announced the projects submitted for inclusion in the 2015 CEDS (Comprehensive Economic Development Strategies) along with the list of 14 projects ranked at Vital Projects at a Press event held at the New England Center for Circus Arts at the Cotton Mill Hill studio. Vital Projects are the top ranked projects in terms of alignment and potential to advance the goals and objectives of the CEDS.

The Brattleboro Regional Economic Hub Study Group will meet on Thursday, December 3, 2015 at 6:00pm in the Hanna Cosman meeting room at the Municipal Center.

Windham County is poised to lead a modern wood heat revolution in Vermont—and there are several reasons we should be leading the charge.

Modern wood heat—I’ll explain just what that is in a minute—will deliver economic, ecological and community benefits to our county. It will create jobs in forest-based businesses and foster energy independence, both of which Vermonters value.

Modern wood heating systems use high-efficiency boilers to heat whole buildings ranging in size from a modest one-story home to apartment buildings to large commercial buildings. Instead of oil, these systems feed on wood pellets or wood chips that are delivered in bulk and stored on-site. When you push up the thermometer, the heat kicks in just as it would with fossil fuel, but you have the satisfaction of knowing that you are heating with a renewable local fuel and that your heating budget is supporting our economy.