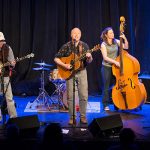 Next Stage Arts Project and Twilight Music present contemporary bluegrass and folk quartet The Stockwell Brothers at the Next Stage Cafe on Saturday, March 16 at 7:00 pm.  To celebrate St. Patrick’s Day, JD McCliments Pub will offer an Irish dinner starting at 6:00 pm, while the Stockwells will explore the connections between folk/bluegrass music and the music of Ireland. 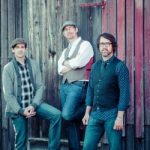 Next Stage Arts Project and Twilight Music present folk/rock quartet The Sweet Remains, featuring singer/songwriters Rich Price, Greg Naughton and Brian Chartrand, at Next Stage on Sunday, February 24 at 7:30 pm.  Based in Burlington, VT, NYC and Phoenix, AZ, the trio has formed a unique musical kinship around three-part harmonies and shared songwriting that transcends geography and three solo careers.

Celebrating 10 years together and over 30 million Spotify plays in 2018, Rich, Greg and Brian each bring strong lyrical and melodic writing and lush harmonies to The Sweet Remains.  Rich and Greg first started collaborating for Rich’s 2004 Geffen Records debut – a CD that spawned his single “I’m On My Way,” featured on the multi-platinum “Shrek 2” soundtrack. 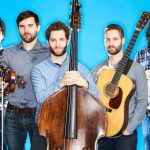 Next Stage Arts Project and Twilight Music present an evening of contemporary bluegrass and folk music with The Lonely Heartstring Band and The Stockwell Brothers at Next Stage on Saturday, November 24 at 7:30 pm. 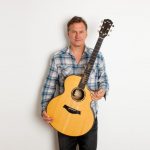 One of the leading voices in American songwriting, Ellis Paul was at the forefront of singer/songwriters that emerged from the Boston folk scene in the 1990s, creating a movement that revitalized the national acoustic music circuit with an urban, literate, folk pop style.  Though he remains among the most pop-friendly of today’s singer/songwriters – his songs regularly appear in hit movie and TV soundtracks – he has bridged the gulf between the modern folk sound and the populist traditions of Woody Guthrie and Pete Seeger more successfully than perhaps any of his songwriting peers. 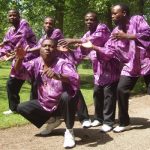 Next Stage Arts Project and Twilight Music present an evening of traditional song and dance from southern Africa by Black Umfolosi at Next Stage on Friday, August 24 at 7:30 pm.

Black Umfolosi is a self taught A cappella (Imbube) singing and traditional dance group that was formed in 1982 by school friends in Bulawayo, Zimbabwe who wanted to develop themselves and contribute to their community. 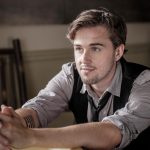 Next Stage Arts Project and Twilight Music present contemporary folk and pop singer/songwriters and multi-instrumentalists Seth Glier and Matt Nakoa at Next Stage on Friday, June 8 at 7:30 pm.

Singer, songwriter, pianist, guitarist, producer and Grammy nominee Seth Glier is renowned for his fearless vocal delivery, musical exuberance and seasoned songwriting beyond his years.  A troubadour in every sense of the word who averages over 150 live performances annually, 29 year-old Glier has gone from opening act to headlining his own shows and playing major festivals.  He’s shared the stage with artists as diverse as James Taylor, Ani DiFranco, Edwin McCain, Martin Sexton, Emmylou Harris and Ryan Adams, and has quickly become known for his passionate live sets and powerful command of both piano and guitar. 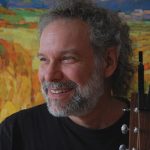 Next Stage Arts Project and Twilight Music present contemporary folk singer/songwriter John Gorka at Next Stage on Sunday, May 20 at 7:30 pm.  The concert celebrates the release of John’s brand new CD “True in Time.”

John Gorka is perhaps the quintessential iconic singer/songwriter of the 1980’s folk scene.  Hailing from New Jersey, he honed his craft and persona as a shy, wry and insightful singer/songwriter in the Greenwich Village “Fast Folk”  and Boston music scenes.  Gorka got his start at Godfrey Daniels, a neighborhood coffeehouse in eastern Pennsylvania, which is one of the oldest and most venerable music institutions in the country. 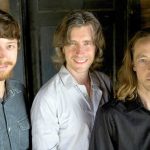 PUTNEY –  Next Stage Arts Project and Twilight Music present an evening of traditional and contemporary Celtic music featuring high energy bagpipes/fiddle/guitar trio Cantrip and folksinger/multi-instrumentalist Lindsay Straw at Next Stage on Saturday, April 21 at 7:30 pm.  The concert celebrates Cantrip’s 20th anniversary, with the band performing a mix of brand new music, as well as their entire 2001 album “Silver.”

From the strong base of its Celtic roots, Cantrip branches out into the music of other European cultures.  Weaving together songs and tunes, Dan Houghton, Jon Bews and Eric McDonald take an audience on a cultural journey, putting their own spin on each style.  Known for their innovative arrangements, un-produced sound and dry wit, Cantrip has toured throughout Scotland and the US, expanding the boundaries of Celtic music along the way.